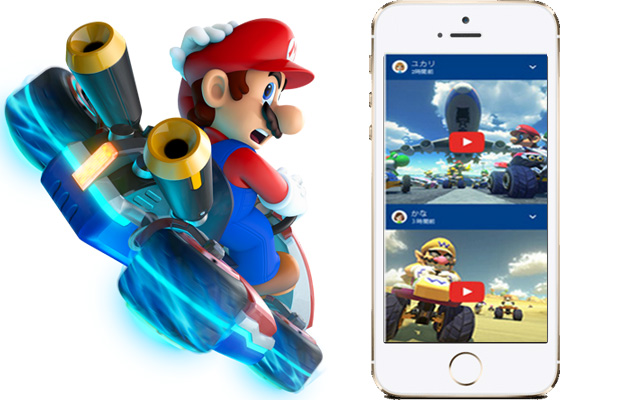 After reporting a recent loss of a extra half-billion, it’s safe to say Nintendo is in deep sh*t. Aside from the Wii U proving to be one of the biggest console failures of all time thus far, the company’s portable gaming sales aren’t what they use to either. Nevertheless, the Big N is trying everything possible to revive life into is next-gen console and looks to do so by tapping into the mobile market.

President Satoru Iwata recently announced plans to launch its first mobile app alongside Mario Kart 8, which is being dubbed Mario Kart TV and will allow users to view official and user-generated videos. All of it will be accessible through a cross-platform web interface that also offers the ability to follow rankings.

Nintendo is looking to utilize the Wii U GamePad’s NFC reader as well, launching the Nintendo Figurine Platform that will interact with toy figures—something we’ve witnessed firsthand with the new Skylanders game. Iwata says the company will release an NFC adapter for the 3DS and issue a software update for the Wii U to decrease the system’s startup time by 20 seconds.

Looks like Nintendo will live up to its promise of building companion “Service” apps for its games. Now if it can deliver better first-party titles, maybe it can post some sort of profit heading into the holidays.

Related: 7 Nintendo Wii U & 3DS Games That Can Save the Company This Year
Related: 25 Things You Didn’t Know About “Super Metroid”