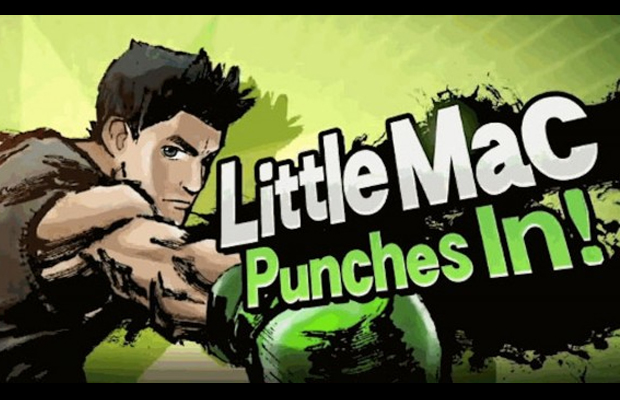 The first Nintendo Direct of 2014 just finished and the Big N decided to give fans some updates regarding the company’s upcoming titles and features in the works for both the 3DS and Wii U. During the live stream, Nintendo showed off footage for some of its most anticipated titles including Super Smash Bros. for Wii U, Mario Kart 8, and other titles all scheduled to launch sometime between March 2014 – Early 2015.

Just incase you missed it, here is a look at the the major gaming announcements for both systems via press release:

Mario Kart 8: For the first time ever in any game, all of Bowser’s seven Koopalings are playable characters. Players with a taste for being bad can get ready to challenge gravity on the race track with Iggy, Larry, Lemmy, Ludwig, Morton, Roy and Wendy. The game launches in stores and in the Nintendo eShop on May 30.

Super Smash Bros. for Wii U: Little Mac, the hero of the Punch-Out!! boxing games, will make his first appearance as a playable character in the upcoming Super Smash Bros. game. The game will launch in stores and in the Nintendo eShop on Wii U and Nintendo 3DS in 2014.

Bayonetta 2: A new trailer for the title from Platinum Games showed off some new game features. The game is scheduled to launch later this year.
New game-play footage was shown for the in-development title from MONOLITH SOFT INC. The game’s battle system is based on Xenoblade Chronicles for Wii. Additional updates will be announced in the future.”

Yoshi’s New Island: Yoshi gets to bash and thrash his environment by throwing around Mega Eggdozers and Metal Eggdozers. Yoshi also can transform into a variety of objects, such as a jackhammer or a submarine, both of which can be manipulated using the Nintendo 3DS gyro controls. A certain type of star even transforms him into Super Yoshi, giving him the ability to fly through the sky or run along walls and ceilings. Players who are having trouble completing a level might see the appearance of Flutter Wings, which let Yoshi fly through the air. Yoshi’s New Island is scheduled to launch March 14 in stores and in the Nintendo eShop on Nintendo 3DS.

Mario Golf: World Tour: In addition to previously announced multiplayer features, the game will also include the Castle Club, a single-player clubhouse area that offers a variety of areas to help players hone their skills. The Castle Club includes golf courses, tournaments, training areas, shops, locker rooms and a café. A training area lets them focus on specific aspects of their game, such as putting. Players can customize their Mii characters using items sold at the shop, including clubs, golf balls and clothing. Different combinations of gear can affect a player’s performance. Mario Golf: World Tour is scheduled to launch May 2 in stores and in the Nintendo eShop on Nintendo 3DS.

Kirby: Triple Deluxe: Kirby has always had the power to inhale his enemies and take on their abilities. Each copy ability can let him do a variety of actions and moves, depending on which buttons are pressed. The game includes a huge number of collectibles for players to find, from hidden 8-bit keychains to Sun Stones. The game takes advantage of the StreetPass feature to deliver better items to players. Kirby: Triple Deluxe is scheduled to launch May 2 in stores and in the Nintendo eShop on Nintendo 3DS.

Professor Layton and the Azran Legacy: The game includes the series’ famous mind-bending puzzles as well as collectible items and scavenger hunts that can be shared via StreetPass. The game launches Feb. 28 in stores and in the Nintendo eShop on Nintendo 3DS.

Monster Hunter 4 Ultimate: Hunt alongside friends online in the most dynamic Monster Hunter game ever. Capcom’s action RPG is coming to North America in early 2015 with more content and options than ever before.”