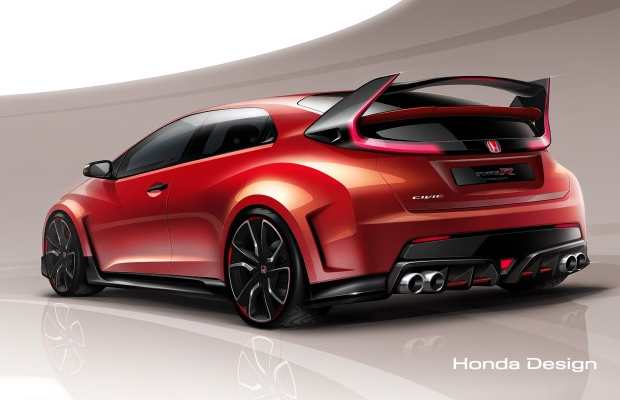 The Geneva Motor Show 2014 is known for debuting the hottest concept cars in the world every year. Looks like the international auto expo will welcome another prototype in the form of the Honda Civic Type R Concept, which Honda just released a teaser image of weeks ahead of time. The modern hatchback is said to debut in production spec next year with a dynamic 2.0-liter, turbocharged four-cylinder that produces up to 300 hp. It will also be mated with Honda’s high-performance VTEC system.

As great as performance sounds, it’s the Type R’s sick design that captures our interest most. Just look at the futuristic taillight design integrated into the massive rear wing. Also check out the aggressive rear diffuser with massive quad exhaust pipes. Whether this all will remain in the final production model is unknown. Expect a close up on the entire Honda Civic Type R at the beginning of March.