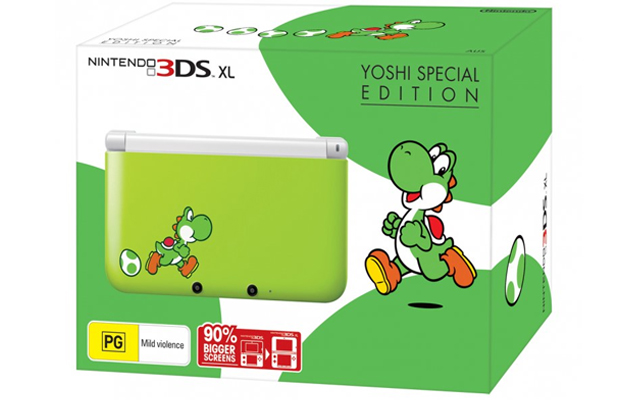 If you still haven’t picked up a 3DS XL yet, you’l want to check out the latest limited edition version launching soon. Celebrating the arrival of its new portable game Yoshi’s New Island, players will be able to pick up a green Nintendo 3DS XL Yoshi Edition system that features an image of Yoshi on the front, as well as a series of cute Yoshi eggs on the back. It also comes bundled with a copy of the game. Yoshi’s New Island is set to combine the classic platformer action of the original with new gameplay features such as Flutter Wings, which lets Yoshi fly through the air. The system will launch on March 14 at the suggested retail price of $199.99.