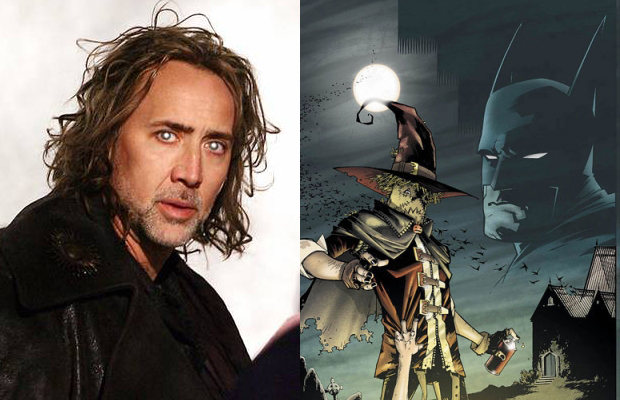 No matter how you put it, Joel Schumacher will forever live as the director who nearly destroyed the Batman film franchise. Why Warner Bros. was so on high on the Batman & Robin helmer during the 90s remains a mystery. But what we do know is that the film company had plans for a fifth film titled Batman Triumphant, which was set to feature the Scarecrow as the main villain.

While the story line of Batman being exposed to “fear toxins” and having hallucinations of his former enemies, including a contract-tied Jack Nicholson as the Joker, sounded awesome, the film was canned. But Schumacher shared some interesting casting news for the unmade film with The Playlist, stating he wanted Nicolas Cage for the villainous role: “I was supposed to do a fifth one,” Schumacher says. “I was talking to Nic Cage about playing the Scarecrow. I had begged the studio for [the Frank Miller comic] ‘The Dark Knight [Returns],’ but they wanted a family friendly, toyetic thing.”

Who knows how this would have turned out. But considering the disaster that was B&R, it’s a blessing in disguise that Triumphant was never made, especially under Schumaker’s direction.