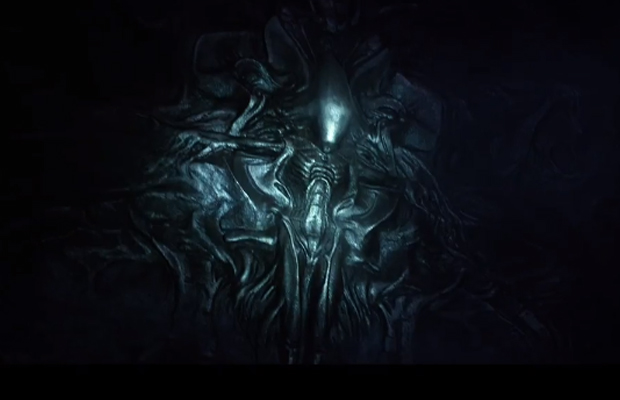 Judging from the lead image, it would seem so. The screenshot was taken from the latest full-length Prometheus trailer show at WonderCon 2012, which has blown up tremendously within the past 24 hours. Stop the footage at 1:37 and look for yourself. There are other hints of the creature’s presence in the footage, including its infamous goo and the special appearance of the Space Jockey.

The Ridley Scott sci-fi epic has been pegged as a prequel to Alien dating back to its pre-production and has already built tremendous buzz going into its June 8th release. Watch the trailer and see what all the noise is about.

The international trailer just hit the web…with tons of new footage. View below the WonderCon 2012 trailer.