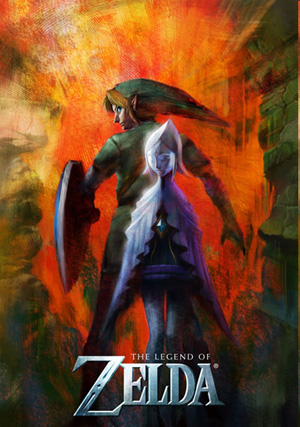 ZeldaInformer looks to spoil one of Nintendo’s big E3 surprises and reveal what is being said to be 99% accurate info on the new Legend of Zelda Wii title. Here’s what they say:

– Zelda Wii’s official title is “The Legend of Zelda”. There will be no subtitle.
– The game tells a story several hundred years before Ocarina of Time.It also answers the question of how the Mastersword came into being.
– The fairy-like girl plays is a very important character in the game. Her Name is Zordiana.
– The Hookshot is also in the game and it has new abilities. It will not pull you immediately to the target you aimed. Now it is possible to swing with the Hookshot, like with the Grappling Hook from WW. The Hookshot makes no use of Wii Motion Plus.
Sometimes you have to “draw” a specific symbol on a door with your sword, to open it.
– The Bow-Control is very similar to the Bow-Control in Wii Sports Resort, as the script shows.
– There are two levels of difficulty. Aonuma put it through. Miyamoto didn’t want to include it. The Normal-Mode for amateurs. The Hero-Mode has no “Super Guide” included and the enemies tougher.
– The On-Stage Dungeon, which is also playable at E3, isn’t a Dungeon as we know it from the Zelda series. When entering a Dungeon, you will not notice you are in one. It will be a smooth gradation. There will be Dungeons with no Bosses and Bosses with no Dungeon. The “Dungeon” you are able to play at E3 will be an Ice-Level. It will be the frist “Dungeon” in the Game.

Nintendo’s first up to bat tomorrow, so we’ll just see if ZI is true on their claims. If they are, we have another Nintendo classic.