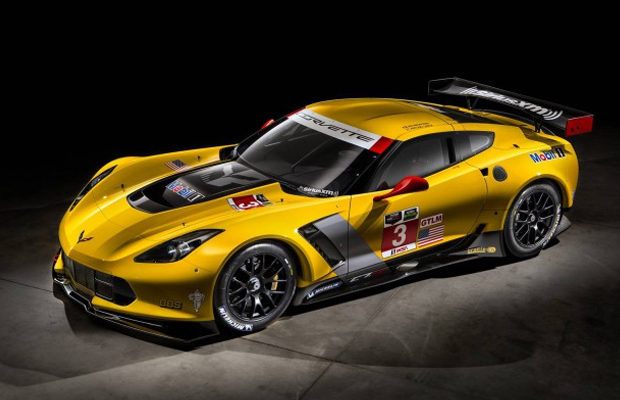 Look what rolled up next to the Corvette Z06 at the Detroit Motor Show 2014—the 2014 Corvette C7.R. Both vehicles share the same aerodynamic strategies, chassis, and engine technologies, though the C7.R flaunts a series of new upgrades. Those being an aluminum frame and direct fuel injection, along with increased cooling and aerodynamic downforce. Other notables include rocker panels, front- and rear-brake cooling ducts, and more. It will also come equipped with the same power train found on the Corvette C6.R. The C7.R will make its official racing debut at the 52nd Rolex 24 At Daytona, the first race of the TUDOR United SportsCar Championship