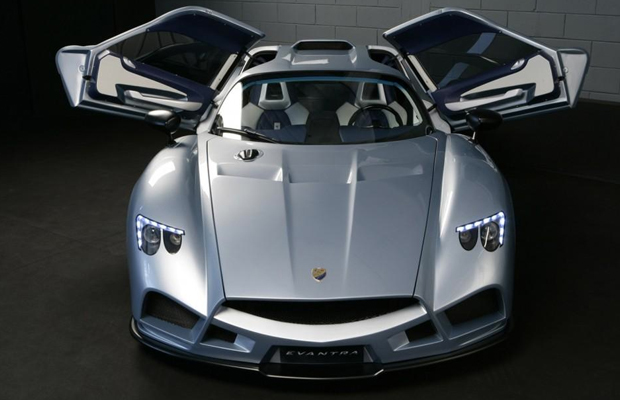 Unless you’re a hardcore autophile, chances are the name Mazzanti Automobili means nothing to you. Get familiar. The Italian carmaker has one of the hottest upcoming supercars in the Mazzanti Evantra, which it showcases in its new promo video. CEO and founder Luca Mazzanti goes on to discuss the company’s history and the Evantra’s global success, while providing visuals the V8-powered stunner on the road.

“2013 has been unbelievable and unforgettable: we got the attention of all the main media in the world, by The Sunday Times to the Discovery Channel, by Agence-France-Presse to Al Jazeera and we were the revelation of the Top Marques Monaco Show,” says Mazzanti.

The Evantra comes equipped with a 7.0-liter V8 engine that generates 701 hp at 6,600 rpm and 848 Nm (625 lb-ft) of torque at 4,500 rpm. The powertrain is mated with six-speed Silatronic automatic transmission, which in unison pushes the speedster past 62 mph in 3.2 seconds and achieves a top speed of 217 mph. Not bad performance specs for a supercar.