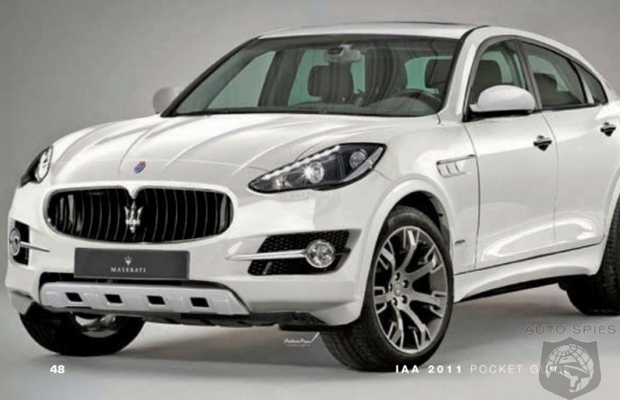 Fiat has been rumored to be working on a several new models, but an SUV was not considered one of them. At least that’s what autophiles assumed. The auto manufacturer does have plans of introducing three new models, which include two sedans and of all things, the company’s first-ever SUV. CEO Sergio Marchionne didn’t reveal much about the ride, but says it will sport a “rock and roll engine,” whatever that means. But judging by the leaked Pocket Guide, it’s speculated to run a 4.7-liter V-8 engine capable of producing 450 hp and is teamed with ZF’s eight-speed automatic transmission. Fiat will unveil the Maserati SUV at the 2011 Frankfurt Motor show, with sales expected to be begin in late 2013 at a projected 63,800 euros. What’s your thoughts on it? 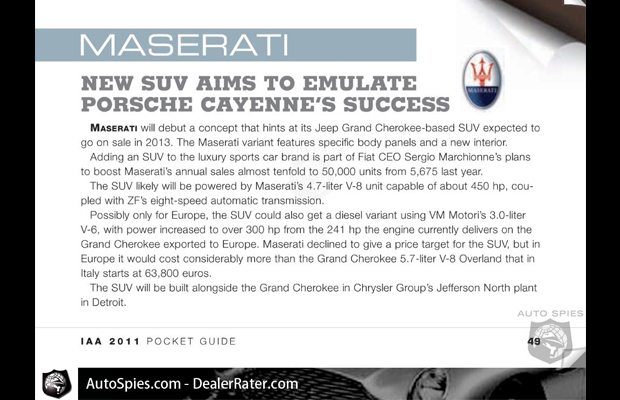