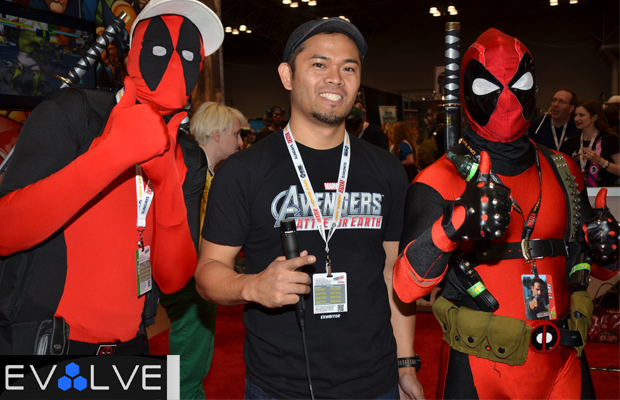 After THQ canned the original Avengers game based on the blockbuster film, Ubisoft had no problems taking over the property and creating its own tie-in—transforming the title into the “ultimate super hero brawler.” Inspired by the “Secret Invasion” storyline in the Marvel comics, Marvel Avengers: Battle For Earth lets gamers use motion-controlled gestures via Kinect to do battle. For instance, perform the Hulk Smash motion while in game and watch the gamma-radiated beast pull off a signature power move. Nice touch.

Completely caught off guard by the two Deadpools playing the game in the Marvel district at NYCC 2012, we stopped by the booth to get an exclusive preview. EvolveTV’s own Wilmarie Sena talked with the team to get more news on the game: including co-op play, character appearances, and future DLC. Marvel Avengers: Battle For Earth hits the Xbox 360 on October 30.