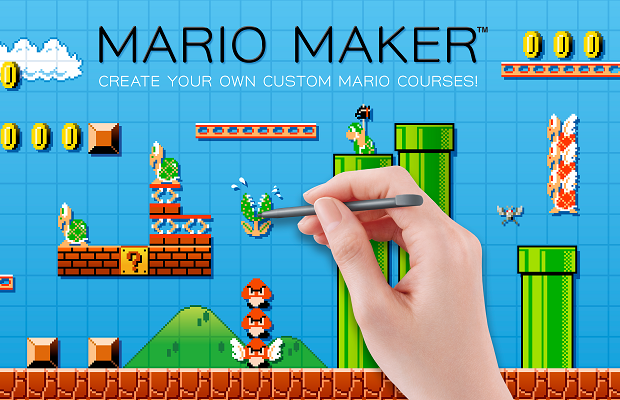 Our beloved plumber will be turning 30 this year and to celebrate this, Nintendo has announced, during their Nintendo Direct conference, that Mario Maker will release sometime in mid September!

Along with hundreds of other celebrations and parties for the little guy (and his often sickly brother Luigi), Mario Maker will debut for the fans of the franchise. Mario Maker, for those of you who don’t know, is a game that lets you build and share your own original creations right on your Wii U. Using assets from Super Mario Bros, Super Mario Bros 3, Super Mario World, and the new Super Mario Bros; you can create a world of your choosing and then battle your friends for the best time!

The best part of this game comes in the same way that The Master Chief Collection handled old assets from video games. As many of you know, in MCC, you can switch to the old graphics whenever you like and the same is in Mario World. Don’t like the fancy new textures of 2015? Well switch right back to the mid 80’s when you can see the original Mario Bros right on your screen!

Mario Maker was originally supposed to release this spring or summer but like most games of the mid 2010’s, it was delayed. At least this time it was delayed to “fit the anniversary”.

Be sure to stay tuned for a more exact release date but hopefully this Septembers big release will go smoother than last Septembers… that’s right, another Destiny jab people… It never gets old.