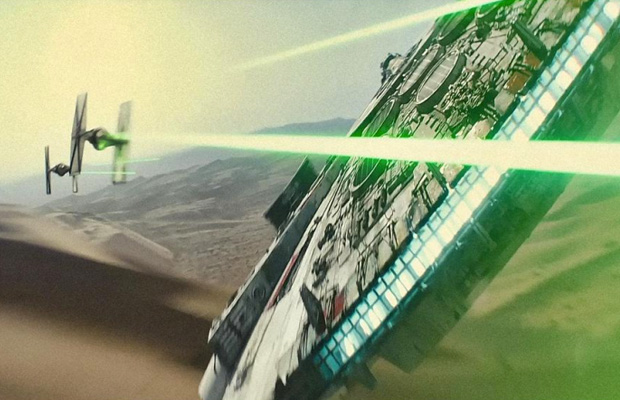 A report from Collider today confirmed that the second trailer for Star Wars: The Force Awakens will be shown in theaters along with Marvel’s The Avengers: Age of Ultron, in theaters on May 1st. The report stated that the trailer will, “definitely attached to every copy of Avengers: Age of Ultron that will play in theaters.” Ever since the original clip for The Force Awakens was released last November, people have been questioning the inevitable announcement of the second; because Disney owns both Marvel and Lucasfilm, several reports jumped to the logical conclusion that the two would be attached.

The trailer will officially premiere at the Star Wars celebration in Anaheim, which will run April 16th-19th; however, the international trailer for Age of Ultron will not be released until April 22nd a few days later. This has resulted in many questioning whether the official trailer will be released earlier online in order to avoid low-quality hits on YouTube taken from the celebration. Therefore, it is likely that Disney will actually be release the trailer between the celebration and release of Ultron in international theaters.

People are now speculating about the content of the trailer: it may feature a brief shot of Skywalker as well the original Trio back in costume. Fans won’t have too long to wait now to officially find out for themselves. The Force Awakens hits theaters December 18th.