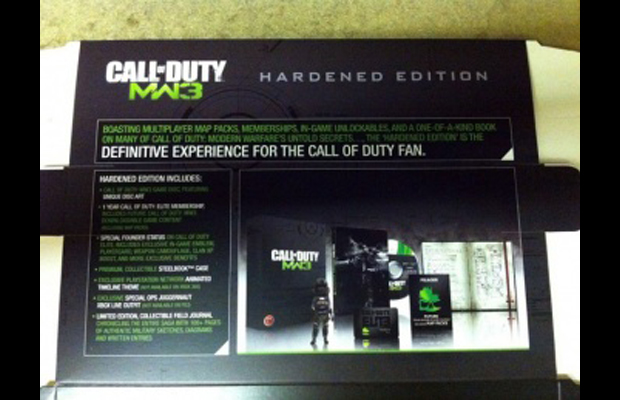 Who doesn’t love special edition game bundles? And while the Call of Duty: Modern Warfare 3 Hardened Edition has been rumored for some time, someone managed to get a snapshot of the UK version, which reveals all the exclusive goods featured in the package. The Hardened Edition is set to come with a steelbook case, collectible field journal, and a full year’s membership to Call of Duty Elite, which grants gamers access to future MW3 DLC. In addition, there’s also a “Founder Status” service feature that offers some in-game benefits like exclusive emblems, camo, and bonus clan XP. Finally, there’s a special outfit your Xbox 360 Avatar, while PS3 users receive an animated timeline theme. Pricing has yet to be announced, but expect the Hardened Edition to run somewhere along the lines of $80 – $120.