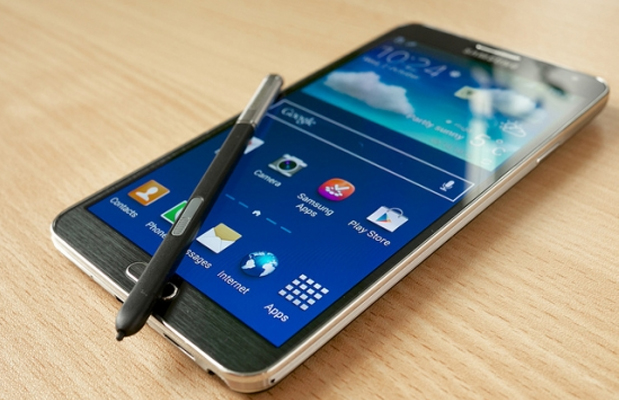 There is no doubt that Samsung has ruled the phablet roost since the launch of its Galaxy Note smartphone in 2011. The South Korean electronics titan is poised to hold its title this year (once again) as the latest model of the Note phablet series makes its debut.

The Galaxy Note 4 is certain to hit the market sometime this year and its most impressive feature has been formalized, proving once again that the display is always the main attraction of Samsung’s smartphones. In this past weekend, as noted by GSM Arena, key attributes surrounding the latest edition of the smartphone/tablet hybrid have been confirmed.

Indian import tracker Zauba has added a record of test device from the South Korean electronics giant, with the model number SM-N910A being linked to the Galaxy Note 4 numerous times in the past, and now it appears in Zauba’s records. It also notes that the handset sports a massive 5.7-inch screen. Coincidently, a user agent profile for a device, which goes by the same model number has materialized on Samsung’s own website. It distinctly states the phone’s display resolution measures at 1440×2560 pixels, which is synonymous with quad HD or 2K.

The Galaxy Note 4’s other haven been reported to possess a quad-core 2.7 GHz Snapdragon processor and 16- megapixel camera. Looking at the launch of the Note series in the past, it is anticipated that Samsung will be launching the device sometime this fall.