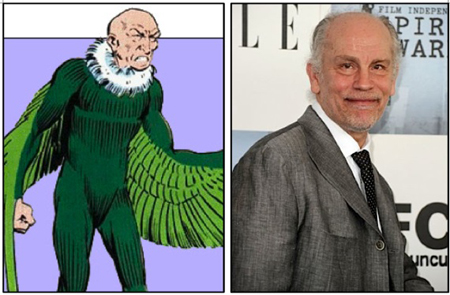 If you haven’t already heard, Spider-Man 4 has been delayed due to script implications…translation…Sony hasn’t received the script that they want. The Envelope spoke with Spidey himself, Tobey Maguire, to which he adds, “we’re just in the midst of the process. We have a lot of great stuff in terms of story and script. We’re just trying to dial it in and get it ready as quickly as possible.”

On the casting side of Spider-Man 4, John Malkovich apparently spoke with BadTaste.it and stated the actor didn’t deny any involvement in the film. Malkovich is being pitched to play The Vulture, and is supposedly “waiting for the final script to be sent to him.” He like everyone else is hoping that shooting begins asap.