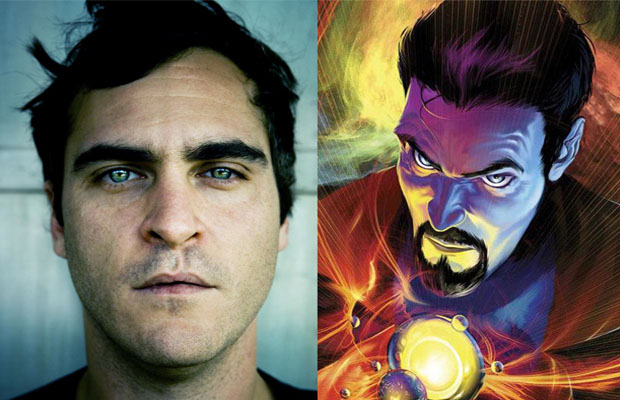 We’ve known Marvel to keep its secrecy regarding all films, especially castings as it enters its Phase Three slate. Phase Three will include films such as Ant-Man, Captain America 3 and the mystical Dr. Strange coming July 8, 2016. To make this take come to life, the studio has signed on Scott Derrickson to direct. Now the rumor mill is blazing over the latest A-list to join the project in the lead role.

About mid-July, Joaquin Phoenix was set to be in negotiations to fulfill the role. Since hearing this, there has not been any confirmation from Marvel. However, sources say Phoenix is in the works of finalizing the deal with Marvel. The actor would bring an interesting take on the character because if his previous film roles. Lucky for him, if true, he chose to sign join the Marvel instead of jumping on the speculated Lex Luthor role in the upcoming Batman v. Superman: Dawn of Justice film.