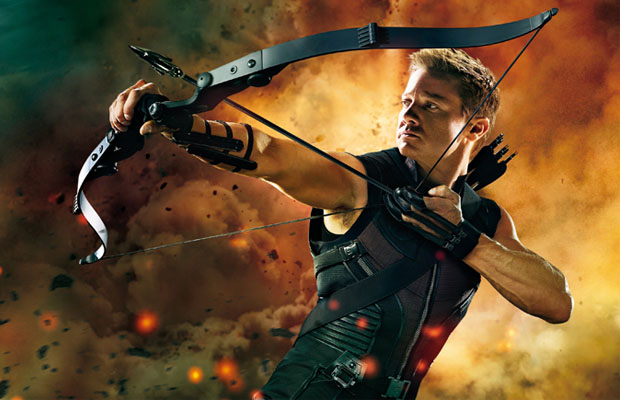 It seems like the only Avenger who has yet to get his proper moment in the sun is Jeremy Renner’s Clint Barton, alias Hawkeye. The first time audiences saw the Marvel Marksman, he had a brief cameo in Thor and the last time we saw Barton, he spent half his screen-time in The Avengers as Loki’s brain puppet and the other half kicking Chitari butt with his new team.

Now there are rumblings that suggest that he might get more time on screen than ever before, after the upcoming battle with Ultron. Even though Renner has a busy schedule ahead of him, outside of the Avengers Initiative, there have been talks that he could possibly land a role in Captain America 3.

“There are rumblings of Captain America 3. I don’t know what’s going to happen there. I’ve got to find the time, man (laughs). I’m trying to stay home and I can’t.”

It makes sense to try and give Hawkeye as much cinematic exposure as possible because Jeremy Renner is such an accomplished actor. Plus he deserves to show off as Hawkeye, as much as the rest of the Avengers have shown off already.