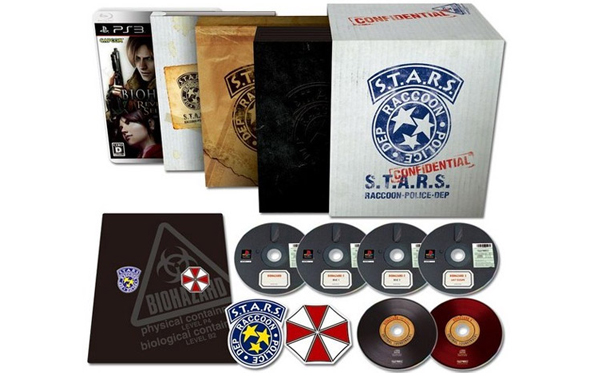 Capcom is celebrating 15 years of Resident Evil with a collection of pure RE greatness. The Biohazard 15th Anniversary Box contains nearly every prominent game released on every PlayStation system, as well a couple of Easter eggs. But like all great limited edition titles, Japan will get to bask in the zombie madness. The Biohazard 15th Anniversary Box is set to launch on the PS3 on September 8 in the Land of the Rising Sun. If you’re an import junkie, then the ¥7,800 ($97) asking price is totally worth it. Here’s a breakdown of the entire Anniversary box: