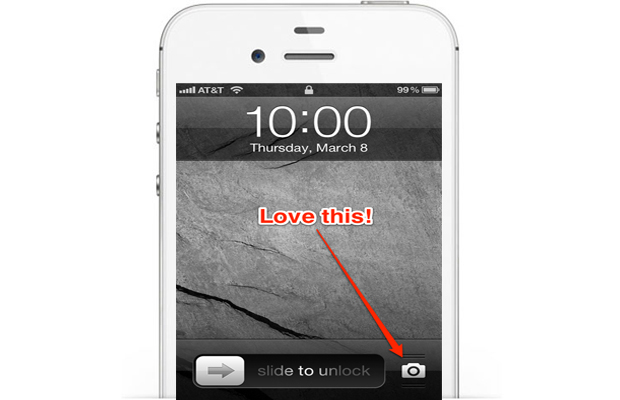 HTC Sense was probably the first UI to integrate an camera launch feature directly from its lock screen. Apple final caught up and decided to integrate the same feature into the latest iOS update for the iPhone 4S. Those of you who have already updated to iOS 5.1 will notice a camera logo on your lock screen, which will instantly launches the shooter app when tapped. Other new features included in the software update are additional language options for Siri.

For the casual consumers who have yet to update their iPhone 4S, simply go to Settings, General, then Software Update. And there you have it. The update was part of the numerous announcements made at Apple’s “new iPad” event (click here to read the next-gen tablet’s features).