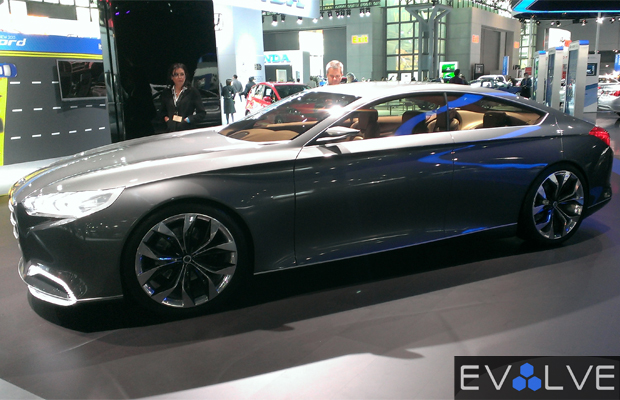 While a handful of automakers brought out their impressive prototypes to the 2013 NY Auto Show, Hyundai was the one to really impress us most. Granted the Hyundai HCD-14 Genesis concept has been shown earlier in the year at the 2013 Detroit Auto Show, there’s no way of overlooking the vehicle’s immaculate design and high-tech facets. From the “liquid” metal color scheme to its motion-gesture control functionality–this thing is the epitome of future luxury vehicles. Period. Don’t believe the co-sign? We’ll have Product Public Relations Manager, Jim Trainor, sell you on it as he gives us an exclusive look at the prototype: inside and outside.