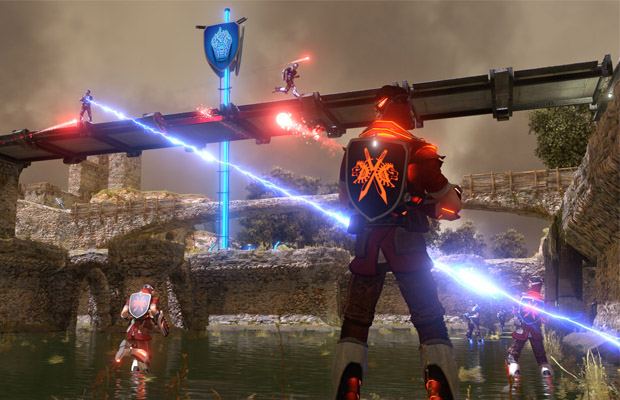 French developer and Ubisoft subsidiary Nadeo has left its imprint on the PC gaming scene for over a decade, which predates back to the release of its most popular gaming franchise: TrackMania. The game’s massive customization options served as blueprint for all future entries—granting players the freedom to partake in online multiplayer and engage in awesome features from creating race tracks to respawning at will when landing a car upside down. Branching out into a new franchise, the creators made the decision to build off of the TrackMania source code and develop a FPS like no other in the from of ShootMania Storm.

Billed as “Unreal Tournament without the blood,” the shooter is poised to become a major player on the e-sports scene by end of year, standing tall amongst other FPS favorites such as Counter-Strike and Halo. Question is: What makes Ubisoft’s game different from the rest? We sat down with the ShootMania Storm team and got some hands-on time with the game, while taking in a second serving at PAX East 2013 this past weekend.