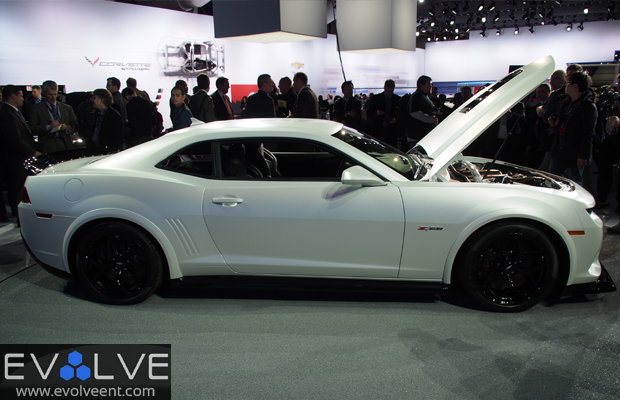 Since the start of the year, Chevy’s been leaving tire streaks on the auto scene making major announcement after major announcement. First the unveiling of the 2014 Corvette Stingray at the 2013 Detroit Auto Show. Now the auto giant shuts down the 2013 NY Auto Show with the reveal of its latest stunner: the 2014 Chevy Camaro Z28. MIA since 2002, the series makes a return sporting a new lightweight body, 7.0L LS7 V8 engine, and numerous other performance facets. During its official announcement, EvolveTV snatched up Chevy Chief Engineer Al Oppenheiser to breakdown the next-gen muscle car for our audience. Damn, this whip is sick!