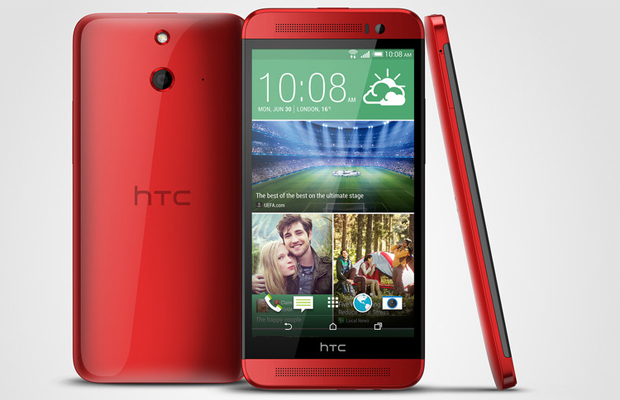 As tacky as they look, plastic smartphones seem to be the new mobile trend. Guess we can thank Samsung for that. Anyhow, smartphone design savant HTC will introduce a new version to its flagship smartphone dubbed the One E8, which will receive a polycarbonate shell instead of the company’s patented all-aluminum chassis. It’s also set to feature a handful of different specs from its aluminum sibling.

Confirmed for “selected markets,” the One E8 will be a dual-SIM device that carries over the M8’s popular 5-inch, 1080p screen, Android 4.4.2. KitKat, BoomSound audio, and Motion Launch gesture controls. And while the front-facing 5MP camera remains standard, a 13MP sensor is set for the rear, which could be the same one found on the One Mini 2.

On top of being offered in four colors—blue, black, red, and white—the One E8 will receive its own line of Dot View cases. HTC has yet to announce which parts of the world will receive this handset