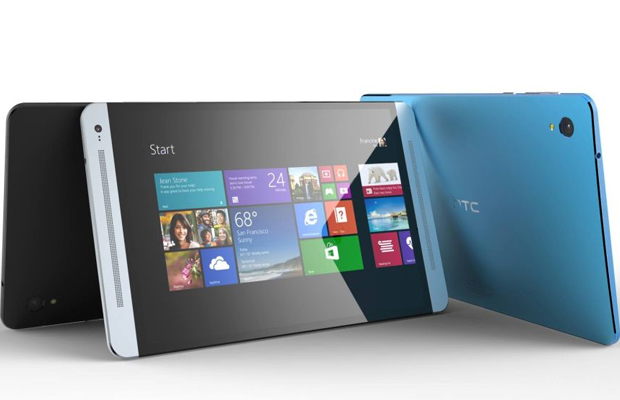 HTC once gambled on the Android tablet market and failed miserably with the 7-inch Flyer slate. Playing it safe since, the Taiwanese smartphone manufacturer has saved its best efforts for the mobile sector, securing incredible praise with the award-winning HTC One. But what would happen if the company took its most successful handset and transformed it into a tablet? Needless to say, it would look something along the lines of the HTC Babel.

Besides being a gorgeous portable PC alternative, the Babel boasts dual-boot functionality that runs both Android and Windows 8 64-bit, while offering owners the option of choosing the OS they prefer. The prototype sports a 10-inch screen (1929×1440) and flaunts BoomSound speakers in the front of the device. Bearing a similar design to its smartphone counterpart, we’re looking at an aluminum frame that also holsters a special stylus and features two cameras for mobile photography purposes. Just imagine how dope it would be playing with Photoshop on this thing—certainly more pleasing than any Samsung tablet on the market.

While such a device remains a pipe dream for now, HTC is said to branch outside of the handset sector by introducing its first wearable sometime this year. We hope to hear more come March 24th, when the company launches the “all new” HTC One. Credit the design to PhoneDesigner.