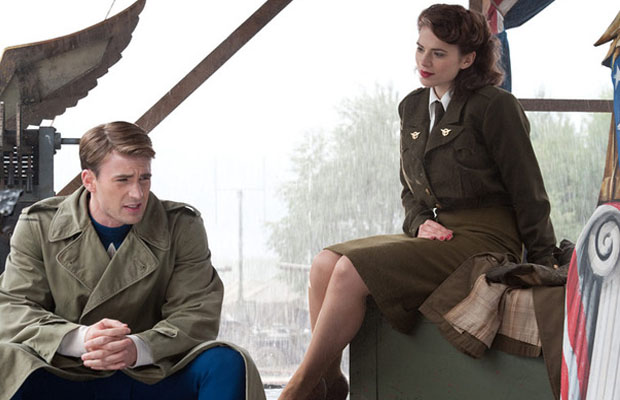 The size-shifting Avenger, Ant-Man begins Phase 3 of Marvel’s Avenger’s Initiative. The film will follow Paul Rudd as Scott Lang, a thief who will attempt to clean up his act and become a hero under the tutelage of the brilliant inventor of the Pym-particle, Dr. Henry Pym, but Pym could be the connecting joint that bridges Pym to the Marvel Universe. Latino Review reports that familiar characters could make an appearance in Peyton Reed’s superhero feature.

In earlier drafts of the script, Hank Pym in the first act prologue has a meeting at S.H.I.E.L.D and meets up with Howard Stark, Peggy Carter, Armin Zola, and here is a cool one…a young Alexander Pierce.

Thus connecting Pym with a younger incarnation of S.H.I.E.L.D. and potentially having a minor stake in the respective pasts of Tony Stark and Steven Rogers. If Peyton Reed decides to keep this idea from a draft of the film, written by Edgar Wright, it would certainly open up more possibilities of the past and present of Marvel’s expansive cinematic franchise.