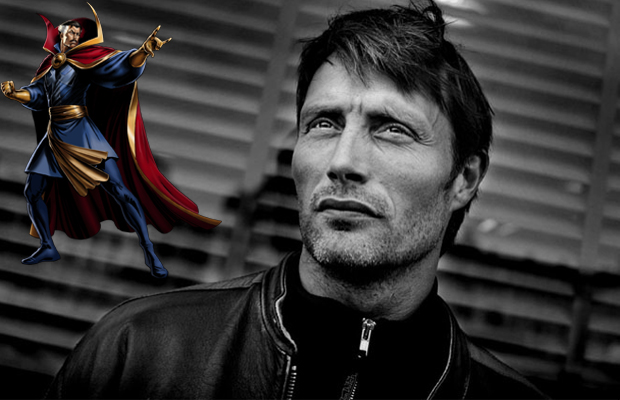 Marvel might be running out of A-list candidates for the its big-screen adaptation of Doctor Strange as talks of Johnny Depp and Jon Hamm taking on the lead went absolutely nowhere. According to a new report, the studio is eyeing filmmaker Nikolaj Arcel to director and even considering Hannibal actor Mads Mikkelsen for the role. Why him? The two have worked together in the past on another film, Royal Affair.

“According to one pretty solid Marvel-adjacent source, Arcel’s Royal Affair star Mads Mikkelsen apparently is, or has been, somewhere in the mix for the film’s early casting discussions. I’m still trying to find another source on that, or to clarify which part it would be, and whether or not Mikkelsen might have already passed or been passed over.”

Not sold on the casting option. Doctor Strange will be part of Marvel’s Phase 3 plans and should see a release sometime in 2016.