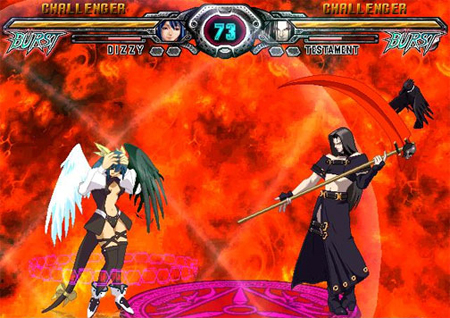 With such critical acclaim and fanboy praise from their acclaimed next-gen fighter BlazBlue, Arc System Works has initial plans to restore their forgotten 2D fighter, Guilty Gear, for 360 and PS3 consoles. Tomo Ohno, Business Development Director at Arc System Works, spoke with NowGamer and said, ““What we can say about Guilty Gear is that it is not dead yet. It has not ended. The producer/creator of Guilty Gear, Daisuke Ishiwatari, his comment for this meeting [was] ‘I have the full intention to create Guilty Gear for PS3 and 360.’ ” At the moment, Sega owns the rights to the proclaimed franchise, so Arc and the house that Sonic built gotta get some paperwork straightened. With Bayonetta becoming a blockbuster, we’re sure Sega will dish out the bucks to get this fighter on track. If not, there’s always another Virtua Fighter.