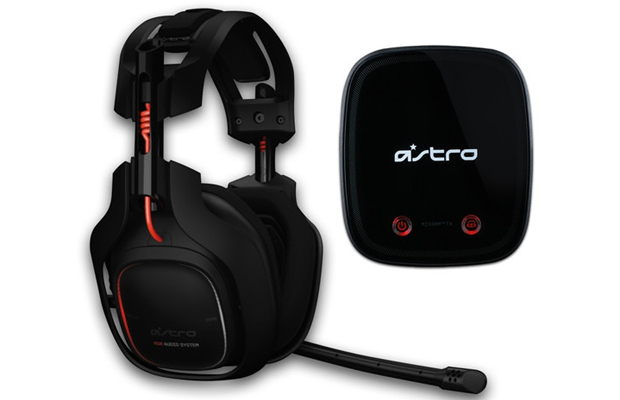 Price: $300
When it comes to premium gaming headsets, we’re looking at a miniscule selection. But among the elite group of hardware manufacturers, Astro has been running the show on the console front. Last year’s A40 Wireless System set the bar—delivering surreal audio and standing as one of the best virtual surround-sound gaming headsets ever assembled. However, one of the biggest complaints came from having to tether the headset to the receiver in order to take in the full wireless experience. Looks like the company has upped the ante with its latest creation, integrating its patented mixamp and A40 wireless systems into one device: the Astro A50 Wireless Headset. So should gamers expect great things from Astro’s new headset or will minor flaws persuade many to stick with its forebear?

The A50 pumps out ridiculously loud and clear audio from its custom 40mm drivers, and that’s just based on the default tuning mode. Shooters like Battlefield 3 or Modern Warfare 3 will easily make you feel immersed in the environment, as the booming bass levels of explosions and crisp vocals shouted among teammates bring gamers into the fold. The addition of Dolby 7.1 Surround Sound adds to the hype. No distortion or audio drops were present in our review unit. With the headset donning a closed-back construct, all audio is sealed inside the headset. Translation: Your girlfriend can read her Kindle in peace without being distracted by loud gunplay and profanities.

Note: Many reviewers claimed to experience audio drop issues with their A50 headsets, but Astro promises to deal with the matter through an upcoming firmware update. While we have yet to encounter this issue, it’s only right we report on the matter and provide a heads up. 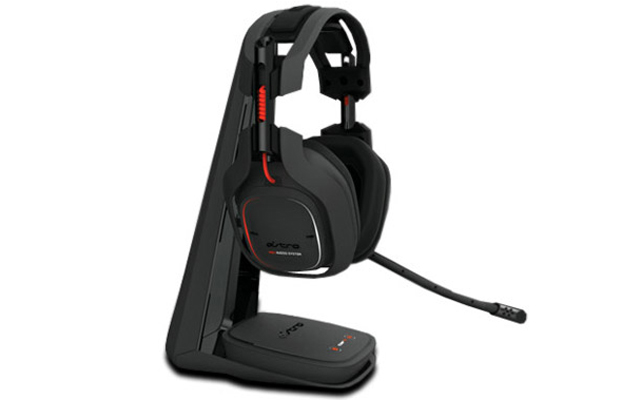 Astro’s three-stage EQ setting is the A50’s meat and potatoes. Gamers have the options of running through undistorted audio (Flat), boost bass (Media), or take bass to extremely high levels (Astro). It’s one thing to image what a game of Halo 4 would sound like wearing these…it’s another to hear for yourself. We can’t stress the amazing audio quality enough. The beauty of Astro’s EQ setup is in the company’s future plans to allow customizable EQs via download, meaning gamers could have the luxury of creating their own custom audio profiles.

The A50 features a number of new upgrades that label the headset a clear standout. We’re huge fans of the flip-up microphone, which automatically goes into mute mode when lifted up. Flip it down and the mic goes live. It’s the simple things that matter most. Astro also made a great decision in placing the volume dial on the actual headphone, making it easier to adjust the sound without the annoyance of any attachable wiring or extra device.

On the checklist: auxiliary, optical passthrough, and USB inputs. On top of that, Astro includes a variety of cables to plug the headset into any audio-enabled system. Not bad, right? Astro has battery life billed at 12 hours. We managed to clock about a good 10 hours, still a great time frame. Keep in mind we were beasting on Xbox Live over the weekend. Still, the A50’s endurance holds up strong. 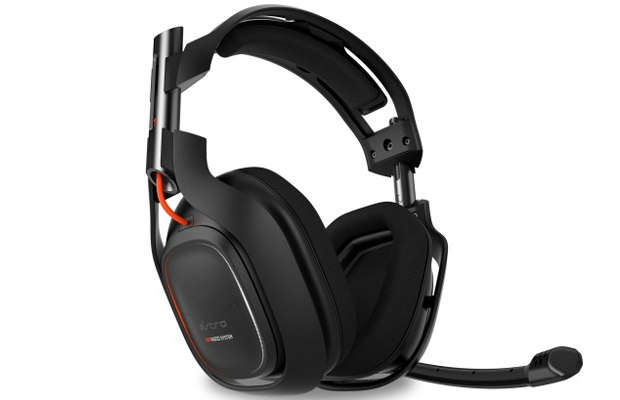 It’s pretty amazing that Astro managed to pack the audio mixer into the A50, but there are a number of compromises that come along with such a feat. For one, these bad boys are heavier than the A40s: 364 grams or 0.8 pounds to be exact. Obviously the weight won’t cause any discomfort during your Black Ops 2 sessions thanks to the extra padding surrounding the earphones, though it takes time adapting to larger headgear. Another issue we had was the control placement. Granted it’s pretty dope to have complete access to all commands directly from the headset, it’s also difficult to locate and figure out which buttons are which, especially when toying with the EQ modes.

Last, but not least, the pricing. True audiophiles won’t take to heart the $300 cost value, but the average consumer or hardcore gamer might be quick to throw shade at the A50 for the three-Benjamin price tag. Overall, we say you get what you pay for, and that’s the top-notch audio quality.

Whether you’re in the market for a new gaming headset or just looking to upgrade, the Astro A50 Wireless Headset is your best bet. Again, some might moan over the $300 cost, but it’s no pricier than the Turtle Beach XP500 ($270), plus the EQ profiles and all-purpose build pay for itself. You know what to do.