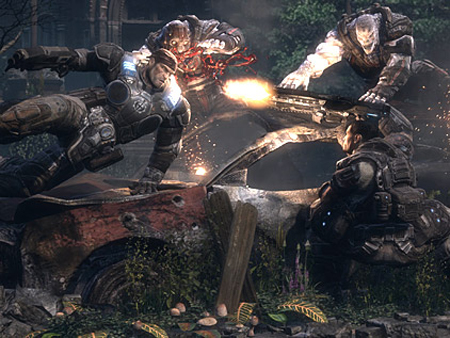 Even with a plethora of anticipation from gaming fans since it’s announcement, the “Gears of War” film has been in limbo for nearly two years. Now comes news from the LA Times that the film will indeed be made, but under half the budget originally proposed:

But the studio has now cut the budget, going from a film that would have cost more than $100 million to one that will cost a good chunk less than that. It’s also reined in the story, turning it into a more simple, straight-ahead invasion story instead of a sprawling epic. Producers are looking for a new writer to handle all this, but haven’t found one yet…A New Line spokeswoman could not immediately be reached for comment.