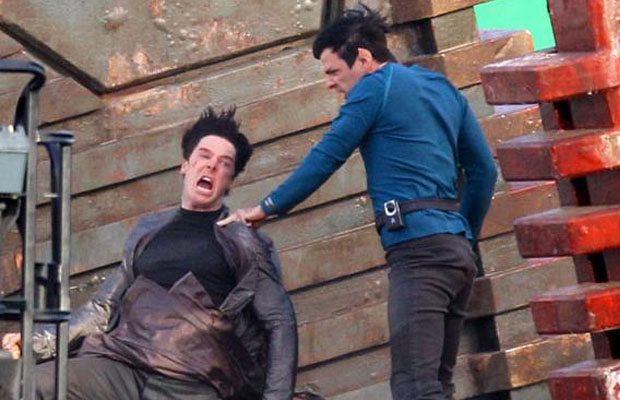 MTV has beamed up these two new exclusive photos from the set of Star Trek 2. One features Spock (Zachary Quinto) applying the Vulcan grip on enemy Benefict Cumberbatch and the other has a sexy Uhura (Zoe Saldana) playing with her phaser. The sci-fi sequel has been in development for the past two and a half years, and now it looks like J.J. Abrams project is finally being shot. Star Trek 2 is scheduled to hit theaters in 2013 and is set for a 3D/IMAX release. 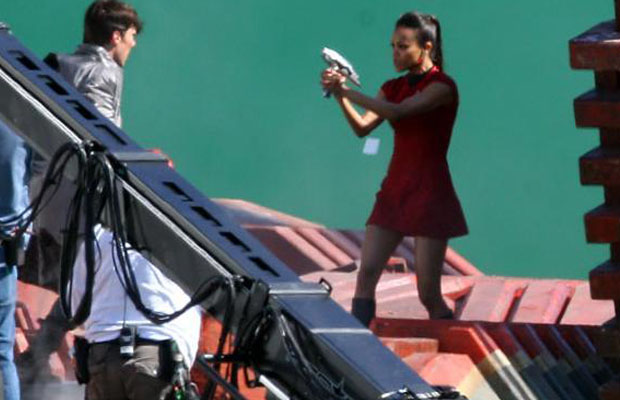