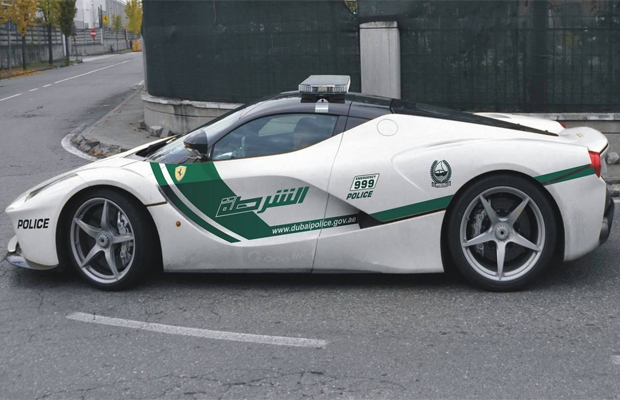 Now this is the type of supercar that makes you want to put on a badge. Doesn’t it? A concept (for now), the Ferrari LaFerrari police car is a dope rendering created by designer Alex, which flaunts distinctive white and green color scheme of the Dubai police. The exterior is just as appealing as its internals, with the supercar powered by a hybrid system boasting a V12 6262cc engine that outputs 800hp at 9,000 rpm and 516 lb-ft of torque at 6,750. Robbers can breath easy, as it’s just a concept.