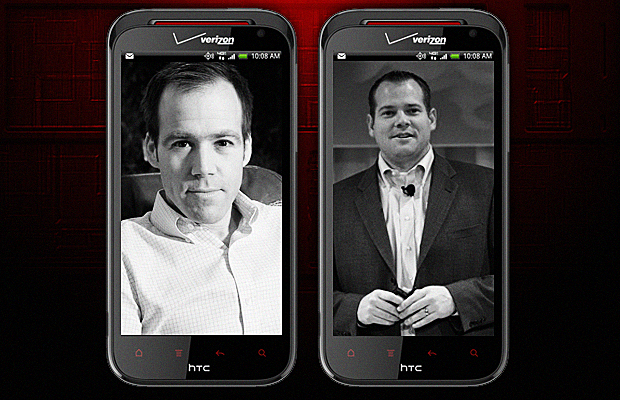 Ever since HTC announced its partnership with audio powerhouse Beats By Dre, Android conformists and audiophiles have been patiently waiting for the Chinese mobile manufacturer to unveil the first-ever Beats-ready smartphone. The final product would soon be unveiled and released, onto the international market that is, as HTC decided to ship the device overseas, dubbing it the Sensation XL. Thought the announcement pissed off stateside seekers, the company would vow a brand new and enhanced version come holiday season, and it did just that after unveiling the Verizon-exclusive HTC Rezound: the first US smartphone with Beats audio integration. (Note: Click here to see the specs breakdown)

During its exclusive media-only event in Times Square, NYC, we had the opportunity to sit with the brains behind the Rezound operation as HTC Executive Jason Mackenzie and Beats COO Luke Wood talked marketing strategies, Google’s upcoming Ice Cream Sandwich OS, and of course, the iPhone 4S.

Evolve: Why bring Beats audio technology to a mobile platform?

Wood: About two years ago, Beats was on a mission to destroy the corrupted ecosystem of sound. That’s the God honest truth. When we looked at it, we started out with the headphones because that’s a place that was simple and that we could affect, which was a wasteland of absolute, horrible headphones and five-dollar devices. And we’ve had a lot of success. We think we’ve made a real impact there. But that’s just the end of the sentence. The whole heart of the sandwich is the actual content itself, but most importantly, the playback device like the smartphone. And if you can have an impact on the device, you can make the richest sound experience possible. 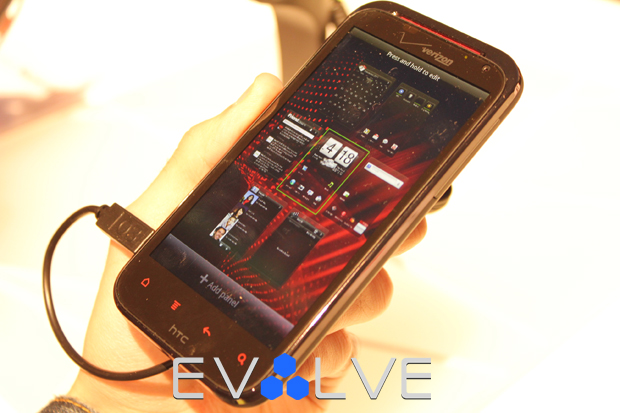 Evolve: Well said. So lets talk about the Rezound being a Verizon exclusive. The Android phone’s biggest competitor, the iPhone 4S, is also available on the nationwide mobile network. In comparison to sound, quality, and demand: What are your predictions on how well the device will perform against Apple’s next-gen handset?

Mackenzie: We’re fortunate to be in an industry that’s thriving. People want smartphones. I said it before, but it’s your most popular accessory because it’s the one thing you have with you all of the time. So from that we believe there’s room for more than one player. As I talk to people more and more, people are looking for an alternative to other products. When something becomes so mainstream, they want to be different, right? And the smartphone is the perfect example, as HTC has benefited from that as this new up-and-coming brand that has resonated. So I think it’ll do very well. And when you talk about sound, we’re really set out to deliver the absolute best in sight and sound. And we believe it’ll stack up very competitively against the iPhone.

Wood: Beats walks with angels because we’re really about the artists. So it’s all about the music. We want everything to sound better, and Apple’s always been cognizant of sound. But if you actually look at the Rezound box itself, this phone comes with Beats headphones, which are actually tuned to the device. Where they dropped the ball, frankly, is that they’re still giving you the earbuds.

Evolve: With the iPhone being the biggest smartphone when it comes to audio quality, it’s surprising to see a lot of mobile experts already giving the Rezound positive reviews. We’re talking 8.5 out of 10 on average. Seeing how Apple is your biggest competitor, do you feel that’s a weight on your shoulders?

Mackenzie: We compete against a lot of players. HTC is a brand that we didn’t start talking to consumers until October, November of 2009. It’s a new brand and it’s something that’s grown quickly. So even when you put that up against Apple, which basically has a halo over their brand, we’re happy to be in the same conversation. But we’re moving away from being happy to be in the convo because we want to win. In Q3 2011, HTC was the No. 1 selling smartphone in the US. And we want to continue that. It’s like Kobe [Bryant]. We got the taste and now we’re not satisfied till we got the trophy at the end of the year. 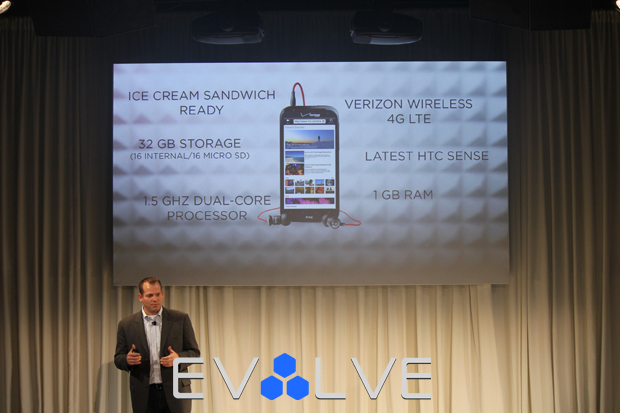 Evolve: We feel you. It’s interesting you mention the pre-packaged Beats headphones because in a way, consumers are getting a two for one deal. The headphones in itself are really amazing hardware, but expensive. Was it a part of the marketing plan to package the phone with a pair of Beats?

Mackenzie: Absolutely. I can’t ask someone to go in and ask to buy the phone, which has great sound quality. They have to walk out wanting to experience that. That’s what we aim to do. And if you think about the value of the great phone, plus the Beats that are packaged at $299, those headphones alone are going to retail for $99 to $129. So the customer is really getting a great deal.

Evolve: Seeing how the phone brings great audio power, is fashion-centric, and produces high-powered performance: What would you say is the targeted demographic for the Rezound?

Evolve: Now does that include the casual consumer or the standard audiophile?

Mackenzie: We want to follow in what Beats has done. So when you see our advertising, we’re going to invest significantly behind this product. It’s really trying to attract the popular culture, the urban attitude that stems and goes out into suburbia, so that’s where we want to start.

Evolve: One of the hugest attractions on the Rezound is that it will come Ice Cream-ready. Considering Samsung is prepping to release the first official Android 4.0 phone in a few weeks with the Galaxy Nexus, was it part of the marketing plan to launch the phone with that specific request?

Mackenzie: No. I think there are two types of customers. There’s the one that hangs out on sites like Engadget and the hardcore tech blogs all day long. That customer wants to know that it’s Ice Cream-ready. The other customer, they just want a great phone, and they wanna know that they’re buying something they can rely on because they’re signing a two-year contract most likely. Meaning you want to buy something that you know that manufacturer is committed to upgrading throughout its lifespan because you’ve made a commitment. So for that customer, that’s important.

But we don’t get advanced warnings, as none of the manufacturer’s do in terms of Google saying it’s going to be released on a certain day. So we just have to be prepared and committed as an organization to upgrading our customers, and then work very aggressively with our carrier partner, like Verizon, to make sure we prioritize the product in their test labs and get it out as quickly as possible. 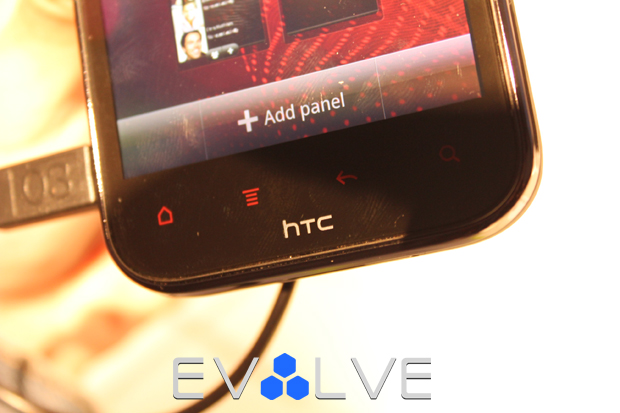