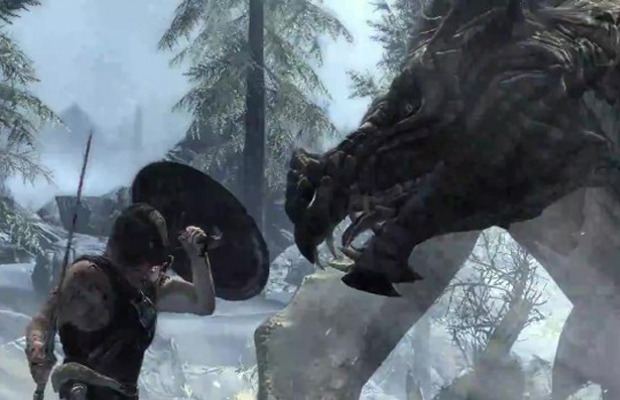 With tens of thousands of fans lining up at retail outlets at midnight on 11/11/11 to purchase the game, Skyrim continued to record strong sales following its release. More than 50% of launch units were sold in the first 48 hours and Bethesda Softworks has been receiving large reorders from major retailers in the North America, and across Europe and Australia.

Online activity has been notable, with Steam reporting that in the first 24 hours of its release, Skyrim set a record with over 280,000 concurrent players, far outdistancing all other titles.

“We are grateful for the fans’ response to Skyrim,” said Robert Altman, Chairman and CEO of ZeniMax Media. “Todd Howard and his team at Bethesda Game Studios have crafted a very special game.

Anticipation for Skyrim has surpassed any game in our company’s history, and we are pleased that sales and reviews have reflected the quality and hours of amazing gameplay it provides.”

Kudos to Bethesda Softworks for accomplishing such a huge feat. Now they just have to work on fixing those bugs. Speaking of bugs, take a look at the infamous horsing flying glitch video floating across the net over here.