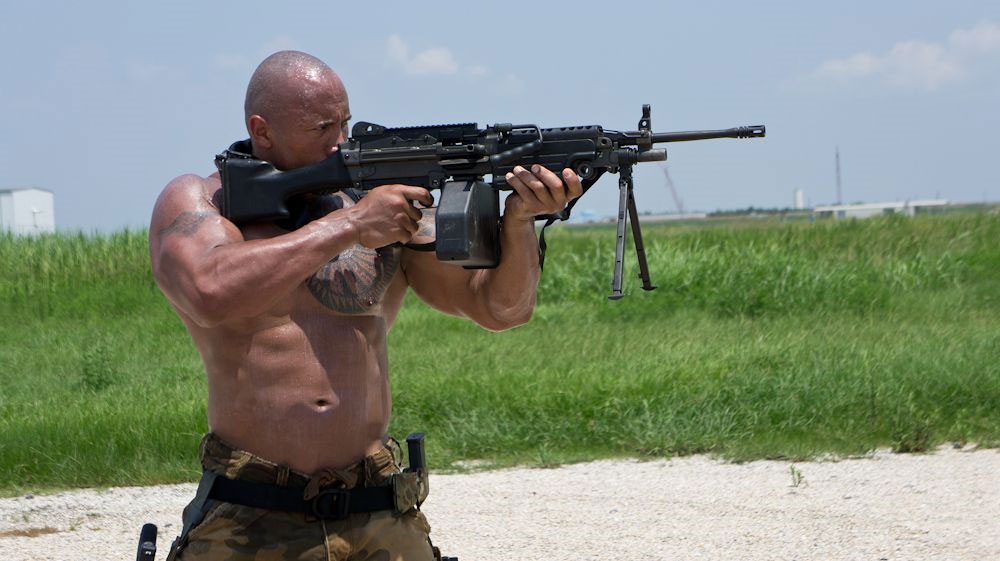 In between promoting his scheduled WWE appearance at this year’s Survivor Series, and main eventing against John Cena at Wrestlemania XXVIII, Dwayne “The Rock” Johnson took some time out of his hectic shooting schedule to give ET an on-set preview of the new G.I. Joe sequel dubbed Retaliation. The action star discusses his character, Roadblock, being a BAMF in the film and his off screen workouts with screen legend Bruce Willis. Wonder why he doesn’t challenge franchise star Channing Tatum to a push-up contest. Go figure. Here’s the clip of Johnson and company on set of G.I. Joe 2: Retaliation.