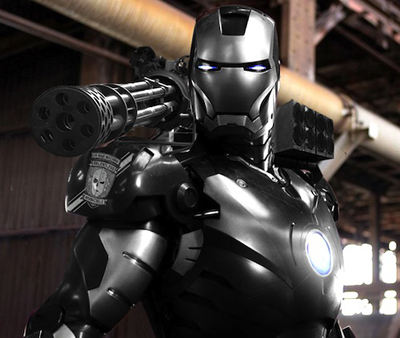 As Marvel preps their big guns for the next few summers (Iron Man 2, The Avengers, Captain America, Thor), now comes the premeditated chatter about spin-off films. Gee, guess Elecktra and the indefinitely-on-hold Silver Surfer project weren’t enough of an embarrassment. With Iron Man 2 approaching and Don Cheadle’s character, James Rhodes, donning the chrome suit of War Machine, speculation is already breezing through the mist of a War Machine spin-off. Interviewed by Wizard Magazine, Cheadle made one thing clear: “People have asked but no one [in authority] has mentioned it as something that’s happening…Hopefully, if this one does well, there’ll be another [Iron Man film] with the same people. But there won’t be a [War Machine] spin-off.” It only makes sense to move forward with Iron Man 3.