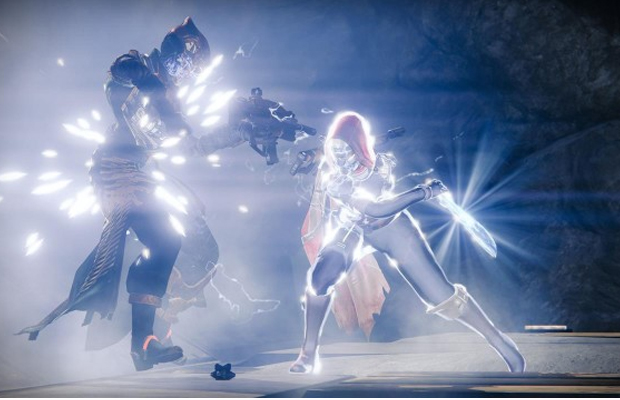 The Destiny beta is finally almost here, and the community manager at Bungie, known as “DeeJ” has spilled some tantalizing tidbits about the game already. In a recent live stream interview with both IGN interviewers and fans, DeeJ gave us a peek at the Crucible PVP modes that available in the final game. Beta will only start with Control, but the more will be rolling out, one at a time:
Control, Clash, Rumble, Combined Arms, Skirmish, and Salvage.

The final game will ship with all of these modes.

Unlike in the Alpha, players’ Guardians will begin at level one, at the very beginning of the journey, and the level cap has yet to be announced because Bungie wants players to discover it. There is no official word as to whether or not progress made in Beta will carry over into the final game, but we are promised more information on that eventually.

While you’re all excited about this interspace goodness, grab the official Destiny Companion App, which is available for both iOS and Android devices. It’s useable during beta, and if you already have the app, all it takes is an update.

The Destiny beta begins today for PlayStation users and July 23 for Xbox users.

Related: 5 Reasons Why Destiny Will Be 2014′s Game of the Year
Related: Bungie Talks Destiny Clan Structures, Game Modes & PS4 vs. Xbox One