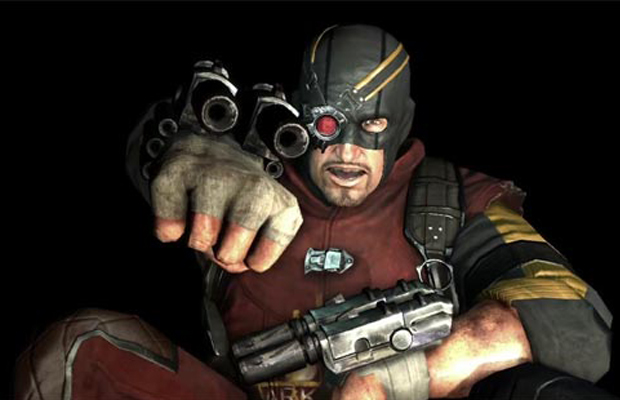 Game Director Sefton Hill revealed another new villain for the upcoming Batman: Arkham City during his chat with GT.TV: Deadshot. The leathal assassin best known by DC Comics aficionados is set to roam the streets of Gotham with his own hit-list, forcing Batman into action to discover who is on that list and why. Other notable mentions revealed yesterday were two new gadgets, which included an weapon that could create frozen platforms on water and one that supplies energy to electrical appliances. It was also reported earlier Thursday that Catwoman would receive her own side missions via DLC. Like we said before: Is there anything or anyone Rocksteady didn’t include in this game.