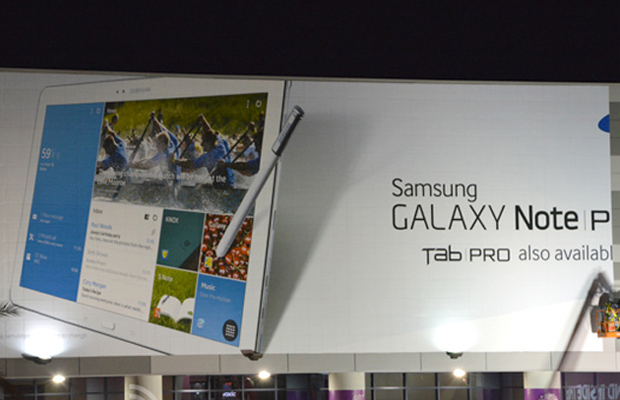 CES 2014 is officially underway, which means tons of gadget announcements are upon us. In typical fashion, Samsung’s managed to steal the spotlight for a brief moment, this time ousting it’s next-gen Android tablets, the Galaxy Note Pro and Tab Pro, ahead of time via ad banners near the South Hall of the Las Vegas Convention Center.

Judging from the massive ad, the Note Pro will feature the company’s signature S-Pen and a SIM card slot. Screen size remains a mystery, though speculation believes we will see a 12.2-ich display on it

Other reports have the Galaxy Tab Pro coming in two smaller sizes as well: 8.4 inches and 10.1 inches. Guess we’ll find out the real specs for both models in the next day or so. Stay tuned!