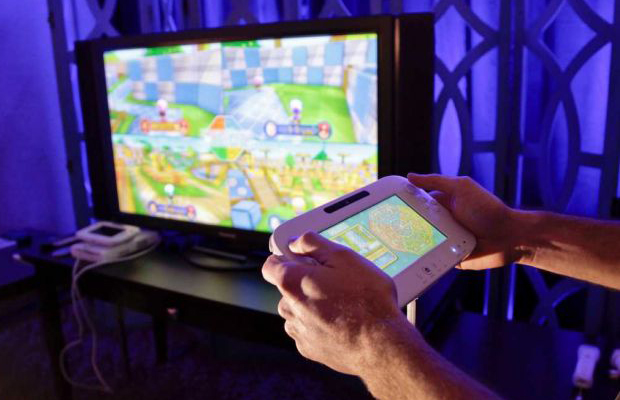 The Big N came through on its promise and unveiled the Wii U at this year’s Consumer Electronics Show, offering an exclusive hands-on with the system to media only. But reporters seemed throttled once entering Nintendo’s private room, warned by company reps from the get-go that they wouldn’t discuss pricing, availability, launch games, or bundled hardware. Matter of fact, a few who demoed the system claimed they learned nothing about next-gen console, as Ars Technica writer Ben Kuchera implied in his report. But not every correspondent at sour grapes during the preview session, and judging by most of the industry impressions—Nintendo has a promising piece of hardware on the horizon for Holiday 2012.

Ryan Fleming (Digital Trends)
“Although the Wii U is going to feature souped-up stats (that are still under wraps, but if the current reports are to be believed it will likely be one and a half times as powerful as the Xbox 360 and PS3) and HD graphics reaching 1080i and 1080p, the emphasis is once again on fun, just as it was with the Wii…While both demos were available at E3, the experience is different in a quiet room. The push seems to be for a party-like offering that should appeal to more experienced gamers than some of the previous Wii-party games that anyone could pick up and play.”

Conrad Zimmerman (Destructoid)
“In an odd sort of way, the Wii U controller reminds me more of holding an open book in my hands than a gaming accessory. The extra depth allows the meat of the palm to rest at the base with no tension, thumbs aimed upward. In fact, this larger form factor may actually wind up being more appropriate for lengthy play sessions than the standard controller designs we’ve become so accustomed to wrapping our hands around.”

Justin Rubio(IGN)
“Despite its size, the Wii U controller is light and easy to hold, and it was instantly apparent why Nintendo would stress this feature as opposed to putting a ton of emphasis on something like its HD capabilities…Just as it was with the Wii and the DS, Nintendo has given developers a myriad of new ways to let players interact with video games. The difference with the Wii U is that there are even more options. A whole new dimension has been added to multiplayer games, and HUDs and menus can be cleaned up with the help of the additional screen.”

Chris Velazco (TechCrunch)
“As much as I like the Wii U, it isn’t as though Nintendo doesn’t have some obstacles to surmount. At this stage, the Wii U is a blank canvas. There’s incredible potential here for developers to create truly novel and engaging gameplay experiences, but will they? I’m sure many will, but the problem looming on the horizon is how many developers will look at the Wii U and slap some third-rate title together in order to generate some short term revenue.”

Ben Kuchera (Ars Technica)
“We played through the tech demos from E3, and they remained fun. The hide-and-seek game where the player with the controller can see everyone on the field and the other four players try to hunt that player using standard Wii controllers is a good time. It’s interesting to work with the other players to try to tackle the one who is “it,” and the ability to see everyone as they close in on you when you hold the main controller is thrilling. I was again warned that this was just an example of the kind of game we could see on the system. I asked if there was a single title they could name that was in active development for the Wii U. “We’re not talking about that yet,” was the reply.”

Zara Stone Rabinowicz (ChipChick)
“Though the controller and console were demoed with a Zelda game and a ‘hide and seek’ game, I was told these were more to demonstrate the way you might use the Wii U, rather than an actual likelihood of following through with this…It remains to be seen how the Wii U (and associated Wii U controller) will affect the gaming market, as in a sense the Wii U offers users a cheaper version of the iPad and aims to introduce a younger generation into tablet play as well as collaborative gaming.”