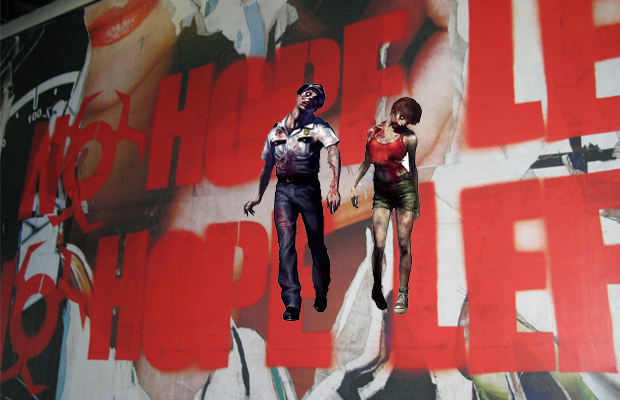 Resident Evil 6 has been on the development horizon for the past few months, dating back to the title image that mistakenly appeared at a Capcom Japan event last summer. You know exactly what we’re talking about (if not, click here). And with the latest round of viral ads hitting the net from domain NoHopeLeft.com, which showcases several graffitied images featuring biohazard symbols saying “No Hope Left” and “19.01.12”, all signs lead to Capcom making some sort of major announcement tomorrow at 5:00 pm eastern. To verify the ads were Capcom made, website TheSixthAxis reached out to the billboard company responsible for putting them up, and made the confirmation. We already know the demo for Resident Evil: Revelations will hit the Nintendo 3DS eShop tomorrow. So the question stands: Will Capcom introduce Resident Evil 6 or a new horror title? Guess we’ll find out tomorrow afternoon.

In the meantime, see if you can crack the code or catch any clues in this video teaser spotted on NoHopeLeft.com.