Bumblebee Gets Nice Tuneup with New Camaro Concept in ‘Transformers 4’ 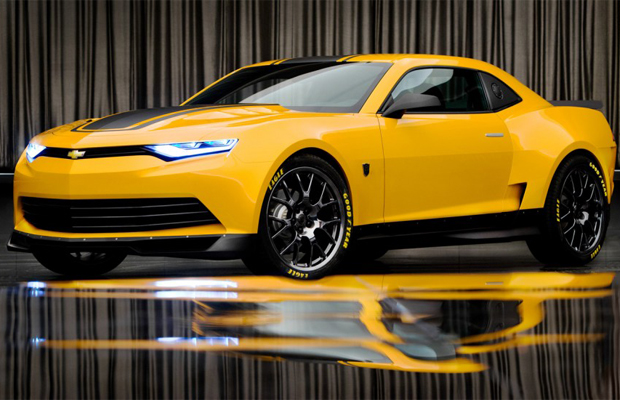 Michael Bay’s been putting in some serious to work make the next installment in the Transformers series as big as the previous trilogy. On top of courting A-list actors to join the project, he’s also giving some of the Autobots and Decepticons mean tuneups—in vehicle form that is. We showed you what Optimus Prime and some his buds were working with. Now here’s a sneak peak of Bumblebee’s new look, courtesy of the new Chevy Camaro concept. The fifth-gen muscle car looks to be based on the 2014 model

Director Bay went on to say the auto reveal would be the “final jewel” of the film. So you can call it a wrap on all auto coverage from the T4 set. Transformers 4 should be in theaters June 27, 2014 and will star Mark Walhberg.