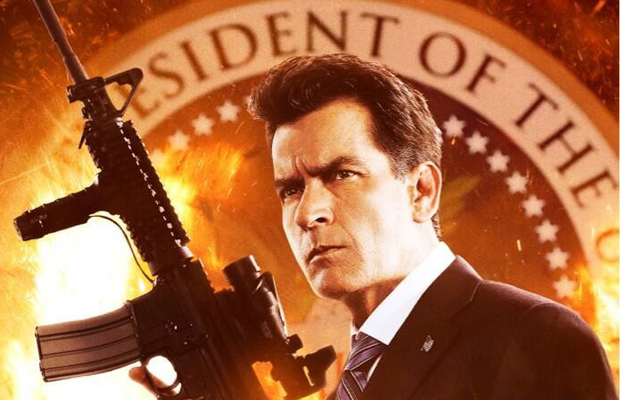 Robert Rodriguez has managed to put together an all-star cast of actors for the upcoming Machete sequel, which includes the likes of Jessica Alba, Mel Gibson, Sofia Vegara, and even Lady Gaga. But the most intriguing addition to Machete Kills is by far Charlie Sheen, who’s decided to take on his original moniker, Charlie Estevez, as he suits up to play the President of the United States. Great choice. Here is the actor’s one sheet. Machete Kills slices its way into theaters October 4th. 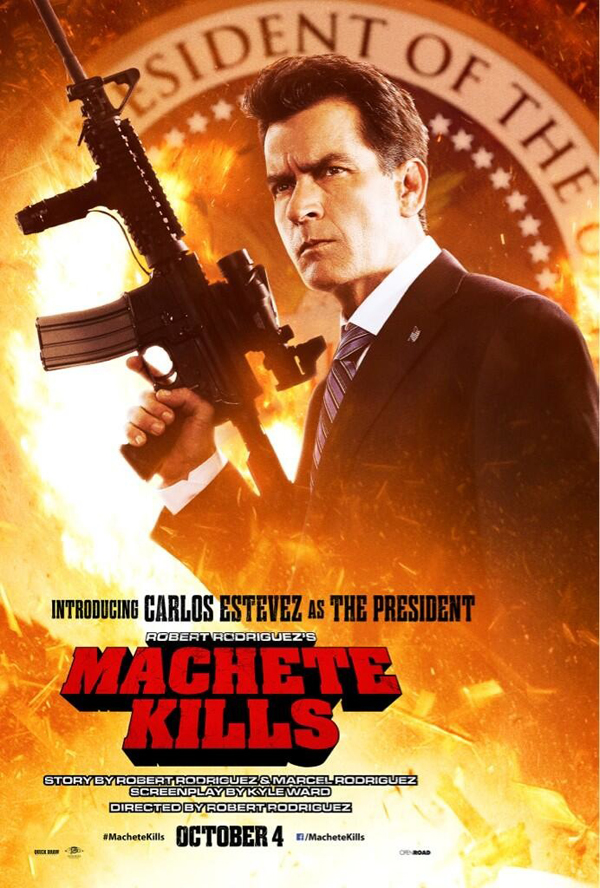