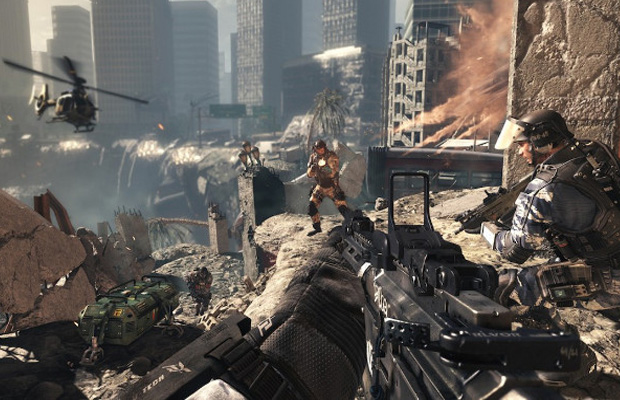 COD fanboys who’ve already completed the Ghosts single-player campaign and seeking more out of the game’s multiplayer will be happy to hear the game-within-the-game, Ghosts Clan Wars, will be available come November 25th. The game lets users team with close allies to do battle against enemy clans for rewards.

Dan “One of Swords” Amrich detailed the Clan Wars in his blog, revealing the following:

Clan Wars is a meta-game that takes place on top of the multiplayer game you’re already playing. The various multiplayer game modes in Call of Duty: Ghosts match up to a node on the Clan Wars map, which you can view from the free Call of Duty app. As you and your Clan members play multiplayer matches in those modes, you’ll be racking up points that will let you take control of the matching nodes. Controlling those nodes pays off in in-game bonuses and, if you’re really good, unlockable items for your soldiers.

If I take over a Core TDM node of the Clan Wars map, the XP bonus applies to all Core TDM matches in the whole game. There are four divisions, and some of the prizes are only for the top two divisions. Some of them will be for everybody — there will be things you can always earn no matter what division you’re in — but there will be some items we want to hold out for Clans who are very competitive. We want to make sure that the players who are really putting a lot of work into it, playing hard and playing as a team, get some benefit.

Plan on joining a clan?