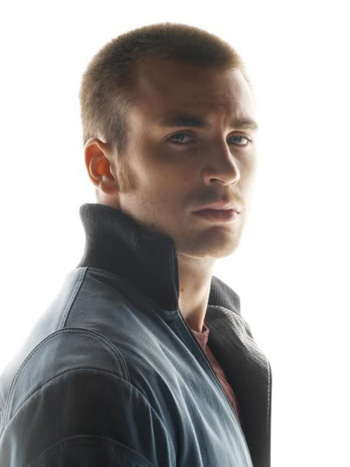 Ok, this one came out of nowhere. Now we were aware that “Fantastic 4” actor Chris Evans, who played the Human Torch, was in the running for the lead role of Steve Rogers. But ummm, we never expected him to get the offer over his competition (Ryan Phillippe, John Krasinski, Chance Crawford, etc.)

The Hollywood Reporter breaks the story:

Chris Evans is one step closer to the role of Captain America.

Sources tell us the actor, who once donned superhero garb in two “Fantastic Four” movies, has been offered the role of Captain America.

Marvel has not confirmed the development and CAA, which reps the actor, declined to comment.

Evans’ offer would include starring in up to three “America” movies plus “The Avengers” movies and appearances in several other Marvel movies. While an offer to star in “America” may seem like something you don’t have to mull over too long, one possible complication is that Evans is committed to co-starring in the Anna Faris romantic comedy “What’s Your Number?” Both are scheduled to shoot this summer.

This is one of those WTF casting calls that catches everyone off guard. Guess Evans still has the ability to spark a flame in Hollywood.