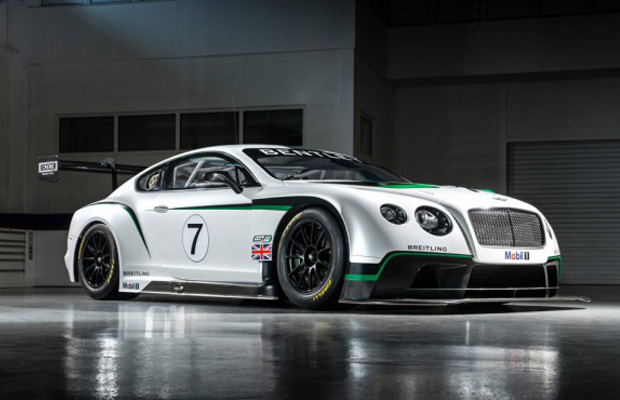 You caught glimpses of the racer for the past few months, now comes the official unveiling of the 2014 Bentley Continental GT3. The luxury racecar had its sheets pulled off during the Goodwood Festival of Speed 2013 as it speeded through the historic British hill climb. Bentley has blessed the vehicle’s powerplant with a twin-turbocharged 4.0-liter V8 engine that revs up a monstrous 600hp, which is directed towards the rear wheels through a carbon-fiber driveshaft that is capped with six-speed sequential transmission. Talk about heavy performance. Bentley also went on to upgrade the GT3’s entire frame with a larger front splitter, rear wing, new side sills, and “lower overall stance. The 2014 Bentley Continental GT3 will begin testing sometime later in the year.