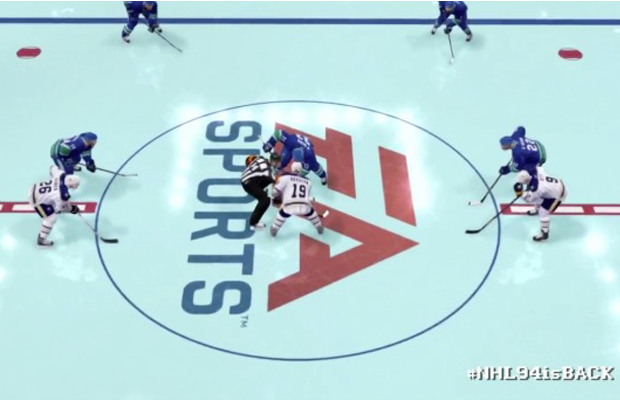 If you know your old school gaming, sports games at that, then you’re well aware of NHL ’94 being arguably the greatest sports video game ever created. Yes, seriously. The 16-bit EA Sports title set the standard for today’s sports gaming conglomerate by offering what was the most realist hockey experience at the moment–introducing new gameplay features like “one timer,” as well as entire player rosters, NHL team names, and logos. Not to mention, it made Jeremy Roenick a bonafide superstar.

Thankfully, EA made the wisest decision it’s made over the past several years—including a NHL ’94 Anniversary Mode in the upcoming NHL 14 game, which will be set for release on the PS4 and Xbox One. How’s that for a bonus. #NHL94IsBack Bitches!

Feel free to reminisce on the good times by checking out the retro-inspired gameplay preview below.

Now all we need is a NBA Live ’96 Anniversary Mode for the upcoming NBA Live ’14. What? It is the greatest Live game ever made.