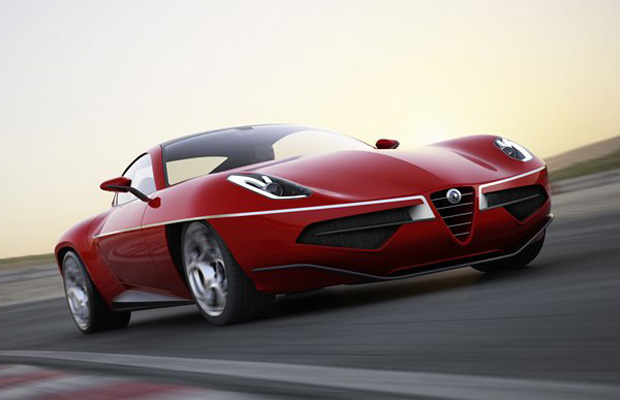 The 2012 Geneva Show continues to heat things up, as next week’s international expo will unveil a number of new supercars set for market releases later this year. Milan-based Touring Superleggra hopes to create a buzz with its 2012 Disco Volante concept, which pays homage to the 1952 Alfa Romeo C52 Disco Volante. The front-engined vehicle will be built as a ”very limited series model,” requiring owners to purchase an 8C and Toruing, that will then be transformed into the Disco Volante within a matter of six months. Fortunately, the car will carry the 8C’s 444bhp 4.7-litre V8 engine, plus aluminum body panels. It’ll also tackle the 8C’s six-speed transaxle gearbox with paddle-shift control, double-wishbone suspension, and ventilated brakes. We should hopefully have more specs and pricing details come March 6.