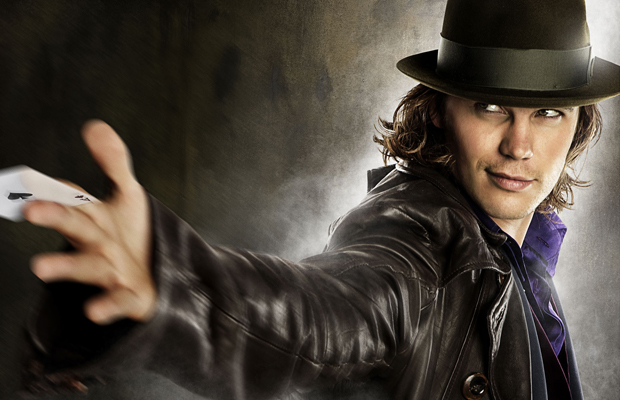 Aside from Wolverine, everyone’s favorite X-Men character is Gambit. It’s true. But with five films under 20th Century Fox’s direction, we’ve only seen the card-wielding mutant once, and it just so happen to be in the worst film in the X-Men series, Origins. Go figure. While Remy LeBeau’s onscreen future still remains uncertain, actor Taylor Kitsch (Friday Night Lights) talked to MTV, who asked about the possibility of him returning for Origins: The Wolverine. His response: “That’s up to Hugh [Jackman], if he wanted it. We’ll see. I don’t think I’m in it, I haven’t heard anything. I got my plate full, man. I’m pretty happy where I’m at.” As Wolverine’s next adventure goes into production next year, don’t bet on Kitsch making any surprise appearances. And with the film going through so many development changes, the thought of another Wolverine-based film is pretty much passé at this point.