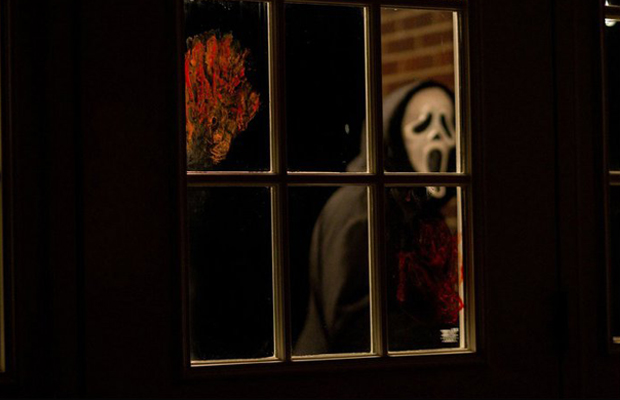 Scream helmer Wes Craven sat with Bloody-Disgusting to discuss the upcoming Scream 4 Blu-Ray release, but dropped some interesting tidbits concerning a previous, and possible future entry in the horror series. Despite being a great film, the last installment didn’t perform as great as Dimension Films expected at the box office. But that isn’t stopping the Weinsteins from trying to complete a second planned trilogy, as Craven sheds some light on the current status of Scream 5:

Honestly, I don’t. My wife [Iya Labunka], who produced the picture, and I are just taking the summer off and acting like there’s only a world here where we are and nowhere else. But I assume that Bob is looking for a writer. I think Kevin’s television schedule has kept him from being able to be a writer all the way through [the film], which is what I think Bob is looking for. I’m sure he is looking for someone.

Speaking of uncertain outcomes, Craven also mentioned the unused script for the third film that was scrapped due to the Columbine shootings. Note: Craven refers to it as the Scream 2 script, but his publicist confirms it was for Scream 3.

BD: I also noticed in this movie that the brutality is also kind of an uptick from the third film. Was that sort of a conscious decision? I noticed in a documentary (Still Screaming) that Scream 3 might have had some of the violence muted as a response to Columbine. Do you feel like the visceral nature of the kills in this one is sort of where you like to keep things or is it a response to the the third one?

WC: Well, I think Scream 2 is actually the Columbine affected one of the series**. The original script that Kevin had involved a high school student, the daughter of the principal, who was actually leading a band of kids that were killing students. And we got the first draft and just moments after that we got the news of Columbine and just dropped it like a hot potato. It got to a point where it was a little, and we always try to keep it from being campy, but there was a lot of comedy in it. And it was a bit more light hearted. And when we got to this one my feeling was, “I don’t want to get soft”. We were competing in a sense with Saw and Hostel and films of that sort. The violence had kind of amped itself up. And I wanted to be scary as well as funny certainly and I felt that it was time to get a little bit more serious and less snickering up the sleeve. I never intended to do that in 3, but there was a sense that 3 was a bit softer than the others. And that’s one thing I don’t think you can do in the genre is get soft. I just shot what I felt was happening. We also had a new special effects blood guy who was just gleeful about it so, especially the death of the girl in her bedroom…